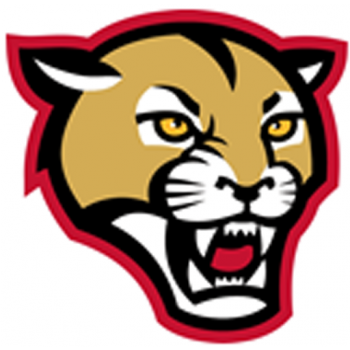 École Corinthia Park School is a dual track school offering programs in both English and French Immersion from kindergarten through sixth grade. Our student enrollment fluctuates between 500 and 550 students yearly with a staff of nearly 30 teachers, three secretaries, one librarian, 13 educational assistants, and two custodians.

Included in the many assets and resources which we are able to offer students and their parents are the key elements of choice and balance. We hope that during your time at our school, you participate in the wide range of activities available and come to appreciate the security that is found in a seasoned and balanced approach to educating children.

Why a second Language?

French immersion is a highly successful approach to second language learning- an effective way for your child to become functionally fluent in a second language while achieving all the objectives of the regular school program. Designed specifically for children whose first language is not French, the basic concept is simple: if you can’t take the child to the language (that is , have him live where the language is the common means of communication), then bring the language to him (that is, bring it into the school as a primary means of communication).

There are now many variations on the immersion theme, with different beginning points and relative amounts of instruction in French and English. Whether you’re reading about research results or hearing anecdotal reports, you should clarify exactly what immersion program is being discussed. Early Immersion- begins in kindergarten or grade 1. English language arts (ELA) may be introduced as a subject in grade 1,2,3, or 4 with grade 3 the most common level. The amount of instruction in French ranges from 50% to 100%. For the first few years of school, from 50 %-80% in the upper elementary and by grades 10-12 the range is even greater.

Middle Immersion– begins in grade 4 or 5, with anything from 50% to 100% instruction in French. This is the least common variation in Canada.

Late Immersion– most often begins in grade 6 or 7, but some school districts in British Columbia have even offered a “late, late” program beginning in grade 9-10. Again, the proportion of instruction in French can differ widely from place to place.

École Corinthia Park School offers an extensive and well-established early French Immersion Program. Students in grades 1-6 receive over 75% of instruction in French and receive between 3-4% of instruction in English Language Arts.  There are several opportunities to use French beyond the classroom. The school organizes a French restaurant trip and several French cultural presentations. It is our belief that École Corinthia Park School offers a well-rounded program: a program that not only thoroughly provides the skills of writing, reading-viewing, speaking and understanding the language but also one that creates a cultural awareness.

Immersion is for whom?

Early French immersion is sometimes labeled an elitist program. In fact, it’s a program of choice, open to all children of the appropriate age. While most French immersion students are from English-speaking homes, a small but growing number come from homes where neither English nor French is the primary language.